Central Mongolia is a region  in Mongolia covering the provinces of Tuv, Uvurkhangai and Arkhangai. The central provinces are the most visited areas in the countryside. There has varied and dramatic scenery, from the mountain ranges of Khentiin Nuruu in the north and the Khangain Nuruu in the mid-west, to the Govi desert in southern Uvurkhangai. The rest is steppe with forests or desert, and there are several volcanoes, as well as many rivers. This is classic Mongolian landscape and the heartland of the nation. 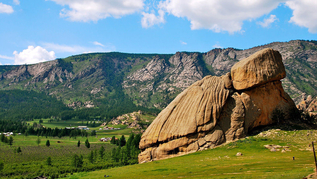 Gorkhi-Terelj National Park is about 70 km north-east from Ulaanbaatar. A great place to explore and enjoy the natural beauty of the land. There are forested alpine mountains and many interesting rock formations.  The main attraction here is the massive rock formation called Turtle Rock actually has a close resemblance to a giant turtle and Ariyabal Meditation Temple, a peaceful and sacred area to visit. 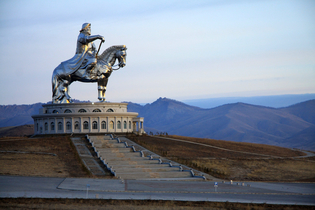 The Statue is 40m tall and wrapped in 250 tons of gleaming stainless still. It stands on the top of the Genghis Khan Statue Complex, a visitor center is tall 10m high foundation and surrounded by columns for sighted Genghis Khan holds a golden whip in his right hand. The visitors will be walk to the head of the horse through chest and back neck of the horse. Where they can have good panorama view over the complex area. 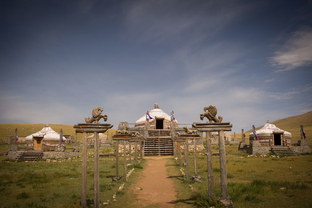 13th century complex” is located 96 km far from the Ulaanbaatar city in Erdene soum, Tuv province and which covers an area of 88 hectares surrounding Yol mountain. Due to this, it brought further idea of creating “Bichil Khant uls” project.The 13th Century complex has the environment of tourism attractions, ger camps, farms, statues and traditional entertainment areas, all in real lifestyle of 13th century era. Within this country, the rule of the law is strong and there is no television, electricity and phones are allowed for the real experience as the purpose of the 13th Century theme park is built and established in real time micro kingdom of the 13th Century to make the real experiences for the tourists during their stay by genuinely providing true environment of the way of living. There are King’s palace, herder’s camp, shaman’s camp, educational and craftsmen camps. 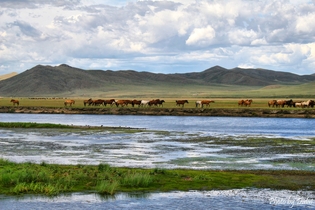 130 km south-east of Ulaanbaatar, has a great diversity of ecosystems even though it has a comparatively small area. The complex of high mountains, steppes, rivers, lakes and wetlands are kept in their original condition. Visitors to Gun-Galuut see vast steppes seeming to meet the sky, the imposing mountains of Baits and Berkh, the homeland of rare creatures, Ikh-Gun and Ayaga lakes, a paradise of birds, Kherlen, the longest river of Mongolia and the Tsengiin Burd wetland, where water and wetland birds lay their eggs. 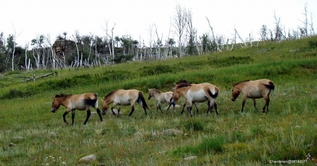 Two hours drive west from Ulaanbaatar is a forest steppe zone, where Takhi or Przewalski horse, the last true wild horse in the world, is being reintroduced. The takhi  disappeared from the Gobi Desert in the 1960s and the world was left with a small captive breeding population of horses in European zoos. Now there are over 180 takhis including foals born in wild since their parents brought from zoos in the Netherlands and Switzerland were released in 1995. Perfect hiking, trekking and horse riding tours are arranged in Hustai Nuruu area, where is a Ger camp in the entrance of large wired fence protecting the wild horses. 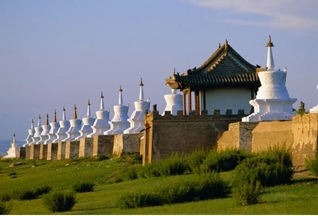 Monastery Erdene-Zuu was the first and the largest monastery in Mongolia built on the ruins of the ancient capital. Tour the monastery and visit several temples with excellent examples of Buddhist Thangka paintings and statues dating back to the 17th century.

Karakorum museum is located about 350 km southwest of Ulaanbaatar the capital city of Mongolia.  A part of the Karakorum museum is registered as a UNESCO World Cultural Heritage "Orkhon Valley cultural landscape". The permanent exhibition of the Karakorum Museum consists of four parts, the stone age, the Bronze Age, the ancient city era and the Mongolian Empire era, so that the history until the establishment of the Mongol empire can be understood step by step. At the entrance is also a model on which the capital of the Mongol empire -Karakorum was reproduced.